Unpredictable weather forecasts and the risk of high winds would eventually shape a great weekend of racing. Nottingham Clarion would host round 6 of the Notts and Derby CX league with many of the rider claiming it was one of the best courses so far. From a tarmac starting straight to hurdles, muddy hills and single track, this course had it all. 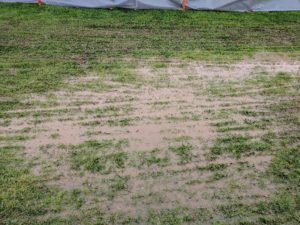 After the downpour overnight the track was wet and slippery, it was probably a good job that the U9 and U12 races were first before it got really slippery for the later races. Even on the practise laps for the Vet races the corners were proving to be the trickiest of obstacles.  For many the conditions were a bike killer – hopefully local bike shops have a plentiful supply of mech hangers in stock!

A water-logged finish line would provide a final obstacle for the riders. However, by the time the Youth races had started the sun was starting to peek through and thaw everyone out. As per usual the U16 race was first with Pedal Power Loughborough’s Alec Gregory and Derby Mercury RC’s Ben Chilton taking and early lead before Alec Gregory powered away on the second lap to eventually take the win. The MI Racing Academy’s Josh Giddings would complete the podium positions and take third place. In the U16 girls race, Amelie Wayte from The MI Racing Academy and Sarah Briggs from Matlock CC would take an early lead but Sarah would not be able to hold off the pressure from Amelie’s teammate, Lotta Mansfield, who eventually took second place after battling with Amo for the lead. 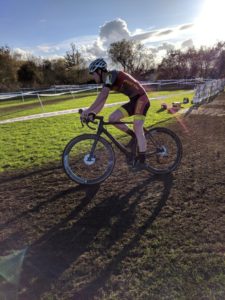 There was a familiar sight in the U14s race with Chris Hilbert leading from start to finish as he has done with every Notts and Derby race he’s done this season, truly dominant in his category. Fred Shenton-McQueen of Beeston RC would take second and William Ryan from Solihull RC would take a well-earned third place. Grace Lister (Wolverhampton Wheelers) smashed the field this Saturday to take and incredible win in the U14 women’s race with Matlock CC’s Harriet Limb and Leicester Forest CC’s Libby bell completing the top three.

Pines Cycles had a great day today with a win in the U12 (George Cooper), the U14 (Chris Hilbert) and in the senior men’s category with David Fletcher leading from start to finish. After a disappointing seventh place at the National Trophy race in Abergavenny he was determined to come back with a vengeance and get some confidence back before next weekend in Shrewsbury, and that he did.

Chris Metcalfe (Fabric CC) would try and stay with David from the start line and put in a valiant effort to finish in second place with Adam Betts of Zepnat CC finishing third, who could possibly miss the bright Helmets of the Zepnat riders! In the U23 race there was no Cameron Orr which lead the way for Kieren Brown of Argi-8poin8-Winter Green to ride to a win and third place in the overall race, impressive stuff. It was a closer race for second and third though as George Baker from University of Sheffield CC and Josh Housley from TBW Bottecchina Wigmore RT would stay within sight of each other for the first few laps. In the end George would pull away and take second place. The Junior Men’s race was a sight to behold with only 11 second separating the top 2 riders. Harrison and Jacob Knight, both of Solihull CC both wanted that coveted win however it was Harrison who got the better start and would eventually take the win.

The women’s race saw a few new winners creep into the mix, Maddie Smith (Bolsover District CC) put in a stunning ride to win and got a lap up on everyone else in the V40F race. Tracy Fletcher of Team Empella Cyclo-Cross was hot on her heels from the off but fell off the pace, eventually finishing three minutes behind Maddie but still dominating the V50F category. Xan Crees, also from Team Empella Cyclo-Cross, was the ever-present Junior winner putting an extra lap into second place Ffyona Booker of Matlock CC. Team Empella Cyclo-Cross would make it three wins in three of the senior ladies categories with Tiffany Fletcher also destroying her race and putting a lap into Rebecca Laurel of Cycle Derby CC. Sam Burman of the WTN Development team would have a tough race for the Senior Ladies race though, she had some stiff competition from Matlock CC’s Cheryl Vaughan who would take second place. Jules Toon would ride well securing the final podium position. Really strong riding from all the women today on a particularly wet and slippery course.

The most populated race, and often the most competitive race of the day at the Notts and Derby league is consistently the Vets race.  It’s great to see so many guys riding against each other and having fun whilst doing so. As per usual the bright helmets and shoes of the Zepnat team were on show, and we would be seeing a lot of those bright colours from Danny Alexander, leading from start to finish and producing an excellent win for Zepnat. James Thompson put up a good fight and managed to bag himself second overall in the V40 race watched by Commissaire and league leader Lee Shunburne from the other side of the tape. Matthew Crouch of Fossa racing managed to pull back some time as the race went on to bag himself third place on the day. A really tough race for the V40’s at the end of the day. In the V50 race Pete Middleton of Zepnat racing lead until the end putting himself in a really good position in the overall standings. However, the race was for second and third. Phillip Roach of Team Jewson and Nigel Gregory of Pedal Power Loughborough were fighting it out. One trying to break the other going back and forth, a real duel on the bikes. Eventually Phillip Roach would break away, not very far though taking second place by six seconds.

Great racing today from everyone competing and a big thank you to Nottingham Clarion for putting on a race worth remembering. See you next week at Berry Hill.

47 riders lined up for the start of Round 6 of the NDCXL league at a very treacherous Holme Pierrepont on Saturday with most of the front runners having to have a bike clean after warm up which was a first for this season!
Alfie steed (Bolsover and District CC) the league leader, sped away from the field in typical fashion and held his lead to end finishing nearly 40 seconds ahead of team mate Louis Inman in 2nd and a flying Lottie Lissaman (Newark Castle CC) only 1 second back in 3rd place and 1st Girl,
Pasco Reynolds also of the Bolsover club was 3rd boy and Merle Nelson a regular league visitor from Team Milton Keynes was 2nd girl and a creditable 6th overall.

An incredible race in the Under 12’s on Saturday saw regular sparring partners George Cooper (Pines Cycle Enve) the current league leader trade the lead several times with Jacob Steed (Bolsover and District CC) only for Jacob to fall on lap 4 allowing George the space to win comfortably by 10 seconds. Noah Inman also of the Bolsover club fought hard for second place in the closing lap but had to settle for a creditable 3rd only trailing Jacob by 1 second at the close.
In the girls race the current league leader Grace Longden (Matlock CC) had an easier race finishing in 14th place overall and 1st girl, with Lara Husselbee (Derby Mercury RC) in battling all the way to secure 2nd (27th overall) with Caitlyn Beardsmore (Nottingham Clarion CC) who eventually finished in  3rd (28th overall) 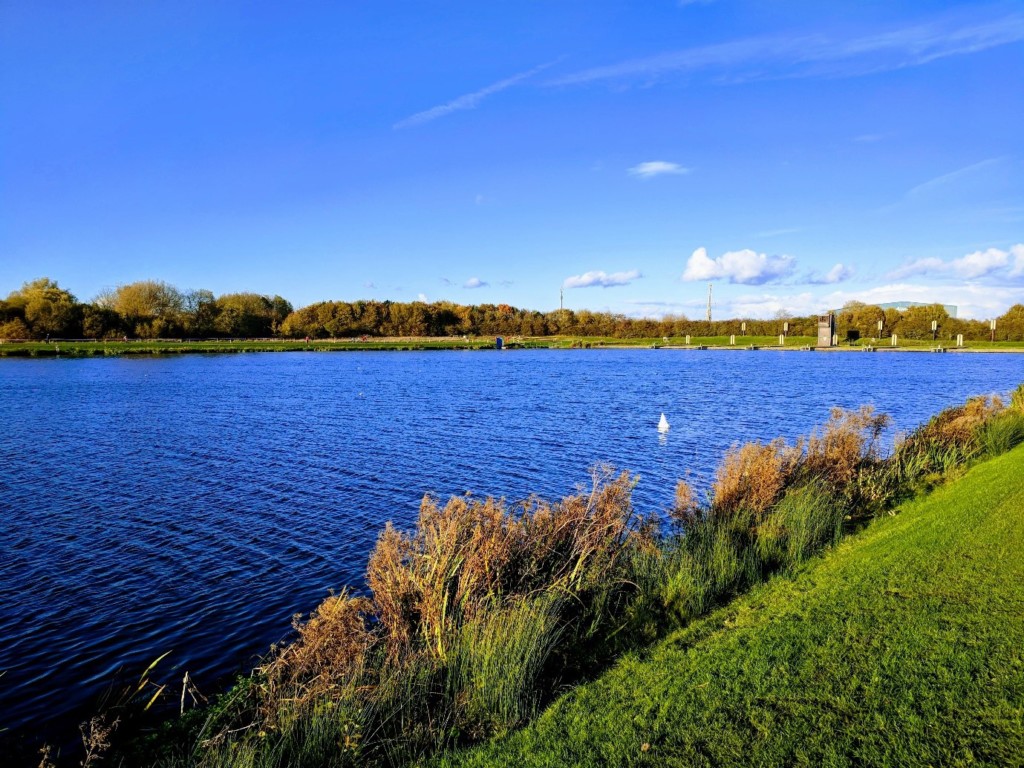